We have First Light !! 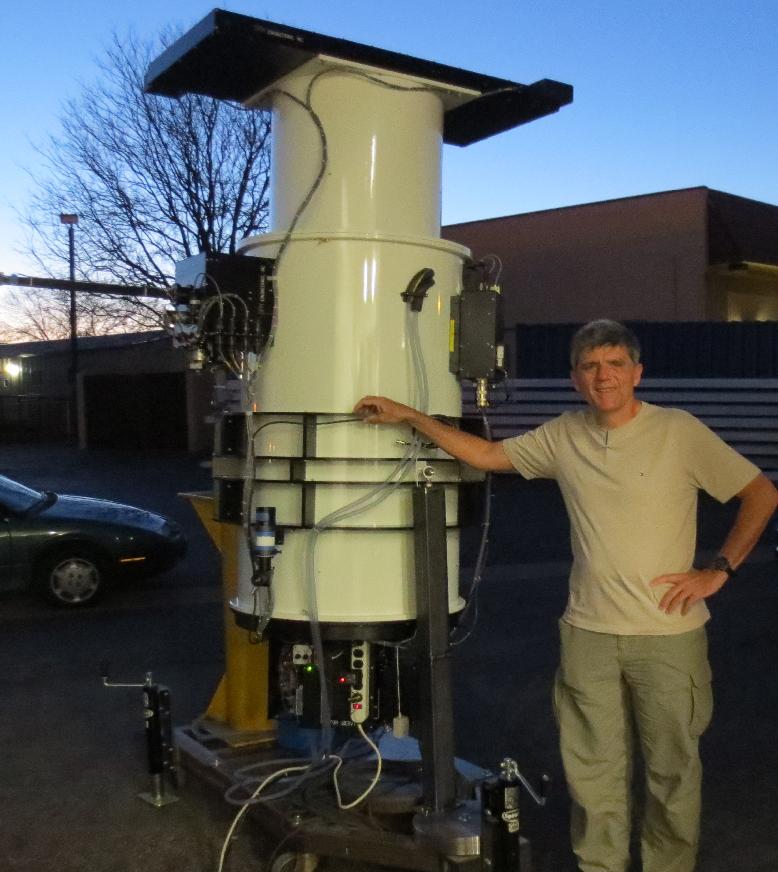 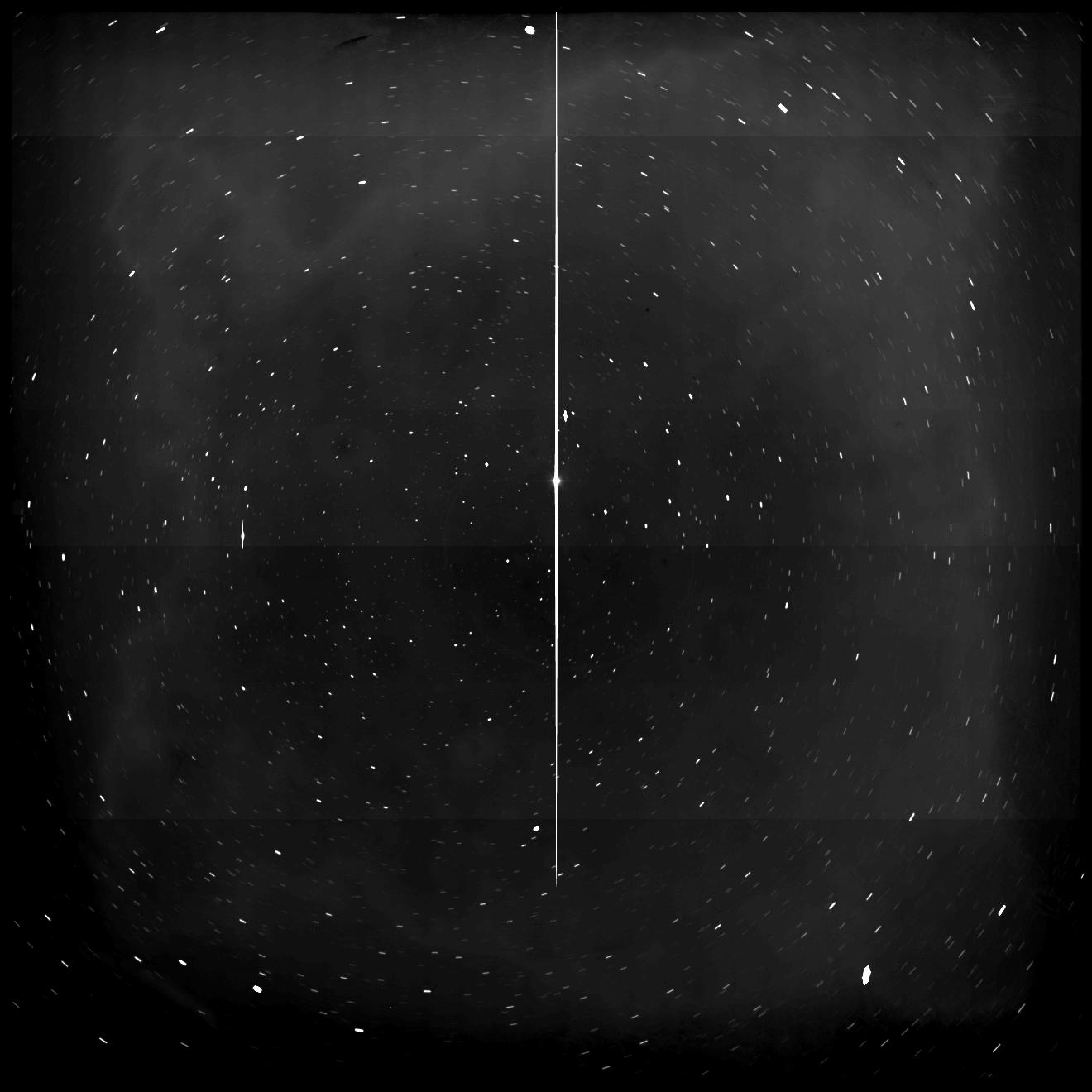 John Tonry flew to Colorado at the end of March carrying the Acam1 camera for testing on the nearly-complete ATLAS 1 telescope at DFM Engineering.

The telescope and camera were set up in the DFM parking lot, and once darkness had set in it was tilted down to point towards Polaris.

On the right is a 200-second raw image of the north celestial pole with no background subtraction or flatfield correction. Stars near the edges of the picture show the effect of the rotation of the sky, since the telescope was not attached to a tracking mount in these tests. The vertical streak is the star Polaris, which is over-exposed. 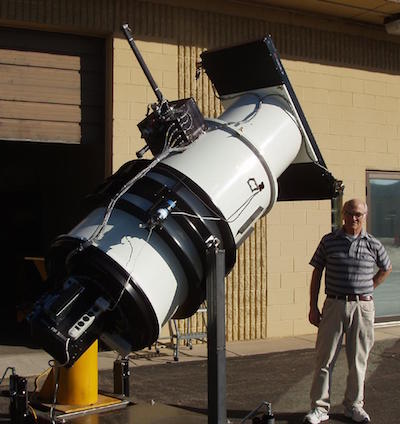 Telescope construction is progressing steadily. DFM Engineering is nearing completion of polishing the first Schmidt corrector, and the rest of Telescope 1 is done.

We expect delivery and installation of ATLAS 1 on Haleakala at the end of April and ATLAS 2 somewhat later.

Dr. Frank Melsheimer, founder of DFM Engineering with ATLAS 1. The shutter assembly is at the top end of the tube; the box with the protruding rod on the side of the telescope is the filter changer 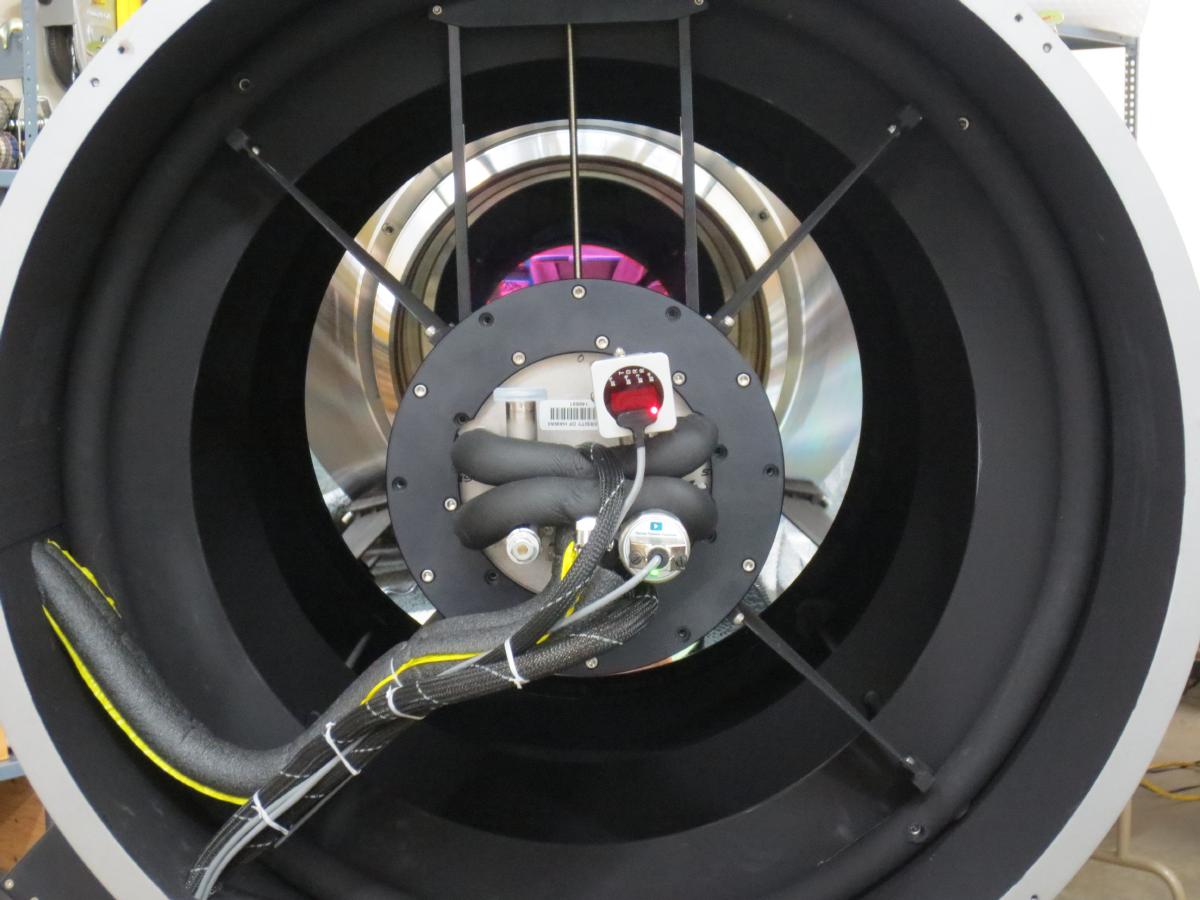 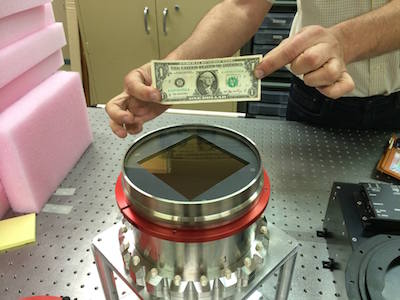 The ATLAS project has a contract with Semiconductor Technology Associates (STA) for two 10k x 10k STA 1600 CCDs and their electronics to be installed in cryostats built at the Institute for Astronomy.

The two cryostats are complete. Acam1 (on the right) has been integrated with an excellent science grade STA-1600 CCD and runs well with the STA controller. Everything appears to work as predicted. STA has the Acam2 cryostat and we expect delivery of a science grade device in time for the installation of ATLAS 2.

Some idea of the quality of the images produced by Acam can be gained from the test picture below made using a camera lens in the laboratory. 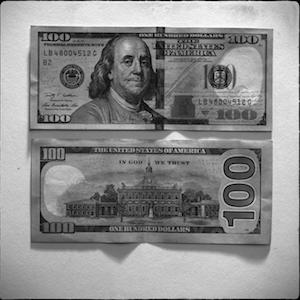 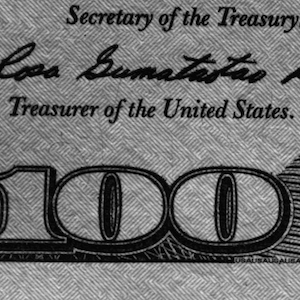 After the Haleakala dome was erected, the Mauna Loa dome was extensively refurbished using an upgrade kit from Ash Dome. The ATLAS team then built a new loft and poured a new concrete pier to hold the telescope. 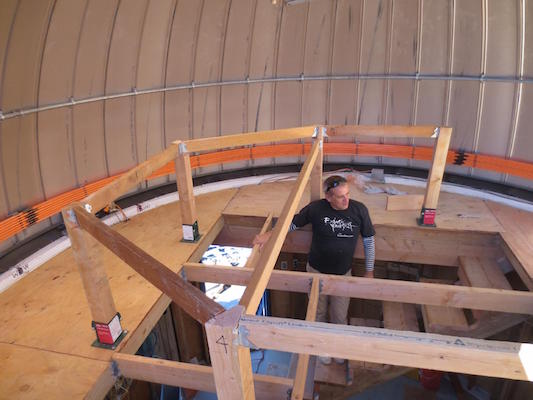 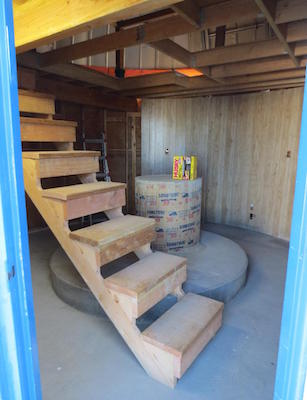 Mauna Loa and Haleakala sites are both ready to go, awaiting the installation of the DFM telescopes. Both sites now have enough bandwidth to copy data in real time.

Following the renovation of the Mauna Loa dome, the Pathfinder Telescope, which provides the data stream for software development, has been reinstalled in the Mauna Loa dome until the second DFM telescope is in operation there.

We have installed a 35mm camera on another Celestron mount to test the system on Haleakala.

Mauna Loa now has, and Haleakala soon will have, Boltwood weather systems and fisheye cameras that image the sky continuously.

The software team has begun its "Spiral 3" development phase, converting much of the prototype telescope control system (TCS) software from Spiral 2 into bulletproof software to control the new ATLAS hardware. Our revised lightweight, high-performance TCS employs a modern database called Redis, allowing TCS components to communicate efficiently. Our selection of Google's Go language has proven to allow clear, rapid software development for system functions. Additionally, the software team has been focusing on software control and monitoring of the Mauna Loa and Halekala facilities.

Due to site constraints on Haleakala, we have developed an ATLAS meteorology unit that houses our all-sky fisheye camera, a Boltwood Cloud Sensor II weather monitor, and a Garmin GPS. The TCS software can control the upgraded Ash domes on both sites and we are beginning to write software for the new camera, telescope, and mount.

We're preparing for the "firehose" of ATLAS data by reducing synthetic 110 megapixel images generated by a program called SkyMaker. We use star catalogs and the known asteroid catalog to generate fake yet realistic images of the sky as will be seen by the ATLAS telescope and reduce them using our pipeline. Our pipeline has successfully reduced these much larger images and found our fake asteroids, demonstrating end-to-end capability for full-size acam images. We have some additional hardware to provision and we are not yet committed to a final "big data" infrastructure for long-term storage and analysis.

ATLAS post-doc Brian Stalder has settled in as an invaluable member of the team. We expect to hire a second post-doc beginning June 2015.

ATLAS continues on time and on budget, and we expect to exceed the capability proposed to NASA.

The ATLAS project’s Haleakala and Mauna Loa sites are complete and ready for the installation of the ATLAS telescopes. Each site has a fully certified 16.5' Ash dome, concrete pier, loft, storage, computers and essential electronics.

The ATLAS team plans to have full robotic operation of both telescopes, including automatic reporting to the Minor Planet Center, by early 2016.

We are also excited by ongoing discussions with NASA about a third ATLAS telescope in South Africa, which could prove an excellent location for early detection of dangerous asteroids.